This is the second subsequent year the Romanian film industry wins an award at the Cannes Festival after Cristian Mungiu won the Great Trophy in 2007.

The young Romanian director Marian Crisan won the Palme d’Or for Best Short film at the 61st edition of the Cannes Film festival for the production “Megatron”.

For this debut appearance at the Cannes Festival, Marian Crisan was accompanied by Cristian Mungiu, the director who brought Romania the first Palme d’Or for Long Film in the Romanian film industry, at the previous edition of the festival. The Award was handed to Marian Crisan by the President of the Cinefondation and of the Short Film section, Hou Hsiao Hsien.

“Megatron” presents the story of an eight-year-old who lives with his mother in a village not far from Bucharest. “It is the story of a little boy who celebrates his birthday at McDonalds. The film was shot mostly outside of Bucharest, and presents a travel to Bucharest,” Marian Crisan said. The film is based on the characters, the child, performed by Maxim Trinu, and the mother, performed by Gabriela Crisu. The film will be presented in Romanian Premiere at the Transylvanian International Film Festival (TIFF) due to take place in Cluj during May 30 – June 8. Last year, the Palme d’Or for Best Short film went to directress Elisa Miller for her work “Ver Llover.”

Synopsis
Maxim lives together only with his mother in a village near Bucharest. It’s Maxim birthday. He’s turning 8. For the birthday party, his mother will take him to Bucharest, to Mc Donalds. Maxim will do anything to meet his father who lives in the city. 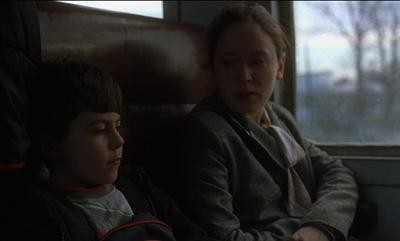 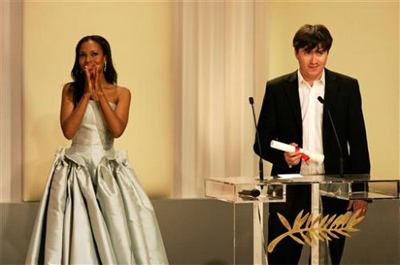