The feature length documentary Hand Held is an incredible testament to the selfless compassion that can help redress the tragic effects of man’s inhumanity in Communist-ruled Romania. Premiering before an audience of 400 at the WGBH facilities in Boston on February 27th, it documents a twenty-year span of experiences by Mike Carroll, a photographer and Boston Globe staffer, whose life was changed by an unexpected phone call.

“Would you come to Romania to document our relief mission?”

This was January 1990 just days into the violence that erupted following the fall of the Communist government and shooting of the dictator Ceausescu and his wife. “We are leaving tonight,” the caller from an organization in Connecticut said.  Mike had ten minutes to decide whether to join in this first mission to gauge the scale of the internationally reported ‘orphan problem’ and to initiate a relief effort. A Ceausescu policy of enforcing multi-baby families and sadistic prohibition of abortions had turned into a disastrous case of human suffering.

The ensuing trip uncovered a human tragedy of extreme proportions. Thousands upon thousands of orphaned and abandoned babies and children were warehoused under horrific conditions and minimum care.

Though on this first visit doctors and administrators attempted to cover-up the breadth of this tragic situation, it was only through the surreptitious urgings of one staffer that he was led to a ‘below-the-radar” lab that had established that rampant AIDS disease had spread among these children. Carroll was one of the first to bring this story to public attention in a dramatically illustrated feature article in the Boston Globe (March 25, 1990 by William Griffo). The trip was a turning point in Mike Carroll’s life and the unfolding of a Boston-based grass roots relief mission – the Romanian Children’s Relief – that was and remains privately run by a team of largely Massachusetts-based donors, volunteers and a staff in Boston and Romania.

Some years after this fateful trip, Mike’s professional work with the Disney Company led to a friendship with Don Hahn, a Hollywood film producer famed for his animated films – Beauty and the Beast, Lion King, The Hunchback of Notre Dame, and others. But it was in 2007, after an informal lunch conversation with Carroll, that Hahn decided spontaneously to create a documentary on his experiences. “Don’t tell me why – but I just felt I had an important story to tell,” he would recount. Taking a year off from his feature-film endeavors, Hahn accompanied Carroll to Romania and filmed him during visits to orphanages and foster homes in Bucharest, Bistrita in Transylvania, and other locales.

The film is an emotionally powerful collage of Mike’s personal commentary, his superb and shockingly honest and compassionate photography and videos, archive footage of the violent 1989 coup d’état that toppled Ceausescu, and contemporary video shot by Hahn and Romanian colleagues. The film, a Stone Circles Pictures production, is also a ‘labor of love’ by many who worked between professional commitments and deadlines to complete HandHeld. This work is a most appropriate commentary on the tragic legacy of Communist-imposed hardships and pain in Romania.

New York Times re Orphan Problem (1996) read
“Figures released by the Government show that after reaching a low of about 80,000 institutionalized children in 1993, the number increased to 104,000 last year, about the same number as in 1989. That is three times as many orphans as in Poland — a country of 40 million, twice the population of Romania.”

The Children’s Hospital (Boston)- The long Road Home re orphans in Romanian and the work of Dr. Charles Nelson. More 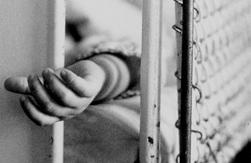 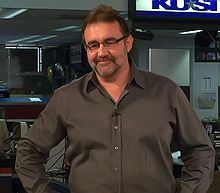 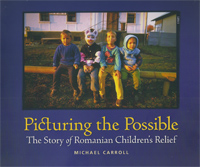 Molly Valle ’05 a student volunteer from Noble and Greenough School in Dedham, Mass., with RCR in Romania (experiences)
See visit photos by Dimancescu to RCR / Inocenti program in Bucharest – March 2010)