“This powerful cocktail of articles by Ernest Latham on aspects of Romanian history and culture shows the reader that we are dealing with an original, acute and perceptive observer and analyst, and an elegant stylist. American and British writers on 1930s and 1940s Romania such as Henry Baerlein, Rosie Waldeck and Olivia Manning are the subject of one set of penetrating studies by Dr Latham, while reports by neutral observers of American prisoners of war held in Romania between 1943 and 1944, the role of the American Legation and American Jews in Romania in 1941, and the letters of Major Walter Ross of OSS to his commanding officer during the evacuation of Allied airmen from Romania in late summer 1944, form another.“
— Dennis Deletant

“Interesting, full of information, spiced with wit and ornamented with anecdote.”
“. three decades of living, working, reading, and writing about Romania, the Romanians, and those connected with them . have won yet another admirer for this ancient culture and passionately attractive people in Ernest Latham, whose essays are a tribute to a nation that has persevered and is worth knowing about.“
— Paul Michelson

“The author skilfully uses narrative as an analytical instrument and a research tool in order to present his findings, resorting to in-depth archival research and filling the gaps in our understanding of extraordinary times and characters. One strength of this author’s scholarly efforts is to connect the private with the public sources – published with unpublished historical materials, thus extracting, with astounding precision, the information needed for his arguments.“
— Bogdan Antoniu

TIMELESS AND TRANSITORY is an internationally cast collection of essays on Romania, highlighting historical characters who, by the pen of this skilled historian and his exquisite art of the portrait, illustrate much broader social and political phenomena of the 20th century. Ernest Latham’s sharply crafted words bring new insight to the eclectic Sylvia Pankhurst, the first translator into English of Romania’s national poet, Mihai Eminescu; to Olivia Manning and her famous Balkan Trilogy; to Countess Waldeck, with her very exceptional window into Romanian life during WW II (Three Ladies). The author reminds us of the voices of nationalism during the times of war; the useful service rendered to his country by the Romanian diplomat Dimitri D. Dimancescu; the experience of American diplomat Donald Carl Dunham in troubled times of the 1940s and after – and much more.

ERNEST H. LATHAM Jr., Ph.D., American historian and diplomat. He served as the American cultural attaché in Romania between 1983 and 1987. Author of numerous articles and reviews about Romania. Fulbright Professor in Romania (2000 – 2002). At the present time he is the coordinator of advanced area studies for Romania and Moldova at the Foreign Service Institute (U.S. Department of State). A frequent traveler to Romania, the author possesses one of the best personal libraries of Romanian historical and cultural materials in the United States. 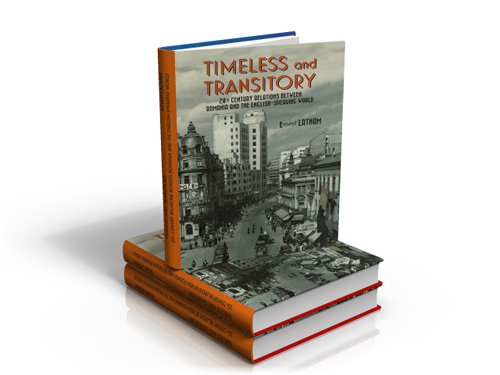