“Iriscope is a system with a hardware component – which is in fact the iriscope, and a software part – which represent the “engine” of our project. An iriscope can replace the human interpretation of illnesses which can be discovered by looking on a “map” of an iris, in fact a 3D photo or video. With an iriscope you can take photos (or videos) from an eye and to interpret them using special maps (in according to iridiology science) for a general view of the hunam body’s condition This can expose illnesses which the pacient may be suffering.”

The study of polymer transport through nanopores of biological membranes has been a central research subject in the last years. The physics behind this phenomenon has not been fully comprehended and applications like polymer (DNA, RNA etc.) translocation through narrow pores are challenging, even for renowned scientists.

Hence computer simulations (in both 2-D and 3-D) are a valuable tool for further research. Ultimately, we need to observe the connection between the number of monomers in the given polymer, the intensity of an external guiding electrical field and the required time for the monomer transportation through membrane pores. To this, the simulations give a better insight to the statistical processes occuring at these cellular levels.

This project could have a major impact on present-day medicine and pharmaceutical industry, since these techniques may be used to infiltrate and annihilate dangerous viruses or bacteria for which there is currently little or no cure.

We wish to both develop a software simulator for the above mentioned process, using 3-D computer graphics, and also to further investigate its characteristics and consequences.

“We propose an adaptive/predictive traffic routing service. Current “shortest-path” algorithms used in GIS solutions lack a dynamic model of traffic congestion and rely solely upon topology. Our approach is based on Bayesian networks for probabilistic modelling of road traffic and optimal route calculation in a transport graph. Supported by a GIS platform, our Adaptive Traffic Control solution is offered to the end-user as a subscription-based service, accessible through a Web site and an XML data service. Optional client software can be installed on any Internet-enabled mobile device with access to the XML data service for updates on statistically busy areas during the same recorded time period as the moment of access. Based on the location of their mobile device, users receive historically recorded congested traffic area warnings (in no planned route situations) and expected clearing times, as well as optimal routes in case of planned route queries sent to the ATCS. Our algorithms will rely on statistical traffic data gathered by our team during different times of day and weather conditions throughout the year on virtually all roads in the city; thus, queries will have the current time as input, besides the points of departure and arrival. We plan to start with a pilot area in the Capital, and when successful, expand to the rest of the country.”

THEORY OF EVERYTHING TEAM

“An infinite world of infinite possibilities , a gathering ground of all game genres. One enters this fantasy realm to find himself capable of doing all that other games have to offer to him separately as distinct experiences. We want to recreate all the thrills that life has to offer into a vast, immersive MMO game, where the player has the choice of having fun the way he likes it and still be able to have access to a massive gamer community.

Games are currently genre classified, such as: RTS, RPG, FPS, simulators of all kinds, but in the recent past, more and more game developers have started out to link the genres together creating combos and feeding the gamers with more interactive content.

We are proposing not only a combo of 2 or maybe 3 genres, but to literally unify all the aspects. To give more details, let’s say a world composed of dozens of cities, connected by air, by land and by sea. The player can begin a small trading bussiness to make use of the infrastructure available to him, thus as in any economic sim. A more action kind of player can enroll in the army and choose to go to conflict zones scattered on the map. But … to limit himself to just one time frame it’s just not right. The conflict zones are also stringed across the history, as the player desires. There is more to say about the economic part of the game, as all activities available to the player have the ability to generate income, that can subsequently be used to buy himself a better house, a better car or to go have fun at the local pubs, discos and casinos owned by other human players. Of course that a speed freak can sign up for racing competitions or better yet, for the power boat ones, that are of course managed by other human players.”

“The black tubes on the back of a fridge are burning hot. That is because they extract heat from inside the fridge and dispense it outside the machine. So, in essence, a fridge moves heat from A to B. The EcoTherm works like a fridge built into a wall with its door facing outwards. It takes heat away from the atmosphere and moves it into the house – by further chilling the cold winter air outside, it heats up the inside. In summer, the process can be easily reversed to cool down interiors. The EcoTherm has the combined capabilities of a central heating system and an air conditioning device: it can maintain different temperatures in different rooms and it can provide instant hot water. Besides having two devices in one, the EcoTherm has a much better energy efficiency than any of the two because it does not generate heat, it simply moves it – a  certain amount of electrical or thermal (gas) energy can move four times as much heat. Large prototypes of climate-control machines using this principle have been successfully tested in factories and warehouses, but no house-scale appliances have hit the market yet.” 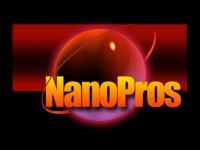 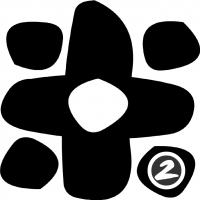