The New Europe: Ties That Bind? – Commentary by Dan Dimancescu

Just several years into the New Millennium, a new political and economic order is emerging. Who will be the new winners and losers? For Romania and other nations vulnerable to external forces larger than themselves, the future calls for re-evaluating the importance of “ties that bind.” This became abundantly clear as a result of the headlining Georgian conflict during the month of August 2008. Russia’s unabashed expansive aspirations were at play. The precedents were set, however, in earlier efforts by Russia to manipulate its oil and gas spigots into the Ukraine and Europe. This hard-ball game is reminiscent of traditional European nation-state power politics.

Another fundamental change in the balance of power is occurring. It is being played out in the far-flung Muslim world and the unfolding of extreme religious fervor. Its target is ‘western’ political, cultural and economic dominance. Its novelty is its global reach as a movement that functions beyond the boundary of any single state. It finds common ground through religious fervor coupled with aggressive and violent tactics. It is strengthened by the sheer oil-richness of the Arab world which stands at the core of Muslim faith. American reaction has misjudged the social depth of the movement by using conventional means to wage a semantically ambiguous ‘War Against terror.’

And now with the Beijing Olympics ended, it is evident to the world that a new world force has reached center-stage. In less than twenty-five years, the nation has risen from a less than certain era of Communist dogma into a vibrant and unstoppable economic machine. But in the few years to come, the nation’s thirst for resources will confront it more and more against the vested interests of other nations. This is indeed already visible in Africa where the Chinese demand for raw materials is being accomplished with amoral regard to the means or outcomes. Darfur, a test case of that policy, is triggering a western backlash.

As the new power blocs of the 21st Century mature and flex their muscles, the western powers of the 20th Century are faced with a critical choice. Let things slide and risk enormous loss of influence; or rebuild alliances with “ties that bind.” In this context, two concerns have direct impact on Romania: NATO and the EU. As constituted today, it is not evident how binding the ties are between their member states. In short, how far will they go in protecting shared interests or threats to individual states; and even if united how strong is the influence or raw power they can exert? What is not in doubt, however, is that they need to be strengthened and that there is urgency in doing so in order to address the rise of Russian, Muslim, and Chinese challenges. Russia is leveraging its resource-richness (oil and gas) to rebuild its disintegrated communist-era empire; the Muslim world is forging religiously inspired trans-national coalitions to challenge the ‘western’ status-quo; and China is emerging on the world stage as a resource-thirsty economic power-house.

Because world dynamics have been so irreversibly altered, the cornerstone Trans-Atlantic economic and military partnership that was crafted as an outcome of WW-II must be reconceived and reconstructed. Its critical mass of more than 700 million people (excluding Russia), its traditional strengths of industrial and intellectual vitality, its financial acumen, its growing willingness to act on fundamental issues such as climate change and a shift from fossil fuels to other sources, are all two-edged swords. Its large population can easily fragment into ethnic or national subsets, its intellectual vitality can lose steam through weakened school systems and general lethargy, its untamed thirst for fossils fuels – most egregious in the US – can undermine its future economic and political independence.

Yet for each of these weaknesses there is the potential to tap equal and opposite opportunities by building “ties that bind” around each of its three fundamental strength. In the interim, the test cases of a fundamental re-ordering are clear and visible. Tanks in Georgia. Oil and Gas flows into Europe from Russia. China’s rise to world power symbolized in the Olympics. The Muslim challenge. And much like a cloud looming overhead is the escalating risk inherent in man-induced climate change. Might the latter be the catalyst of a different impulse to build ties that bind?

Countries like Romania must take stock of their own futures and judge whether they are working forcefully enough to build those “ties that bind” – or whether remaining on the fringe is indeed the lesser risk.

– Oil Empires: Romania at the Crossroads (read)
– Romania Becomes a Member of the European Union (read)
– What happened at Yalta ? – recalled by Sir Winston Churchill read
– The League of Nations by N. Titulescu (1923) (read)
– Romania in the First World War (read) 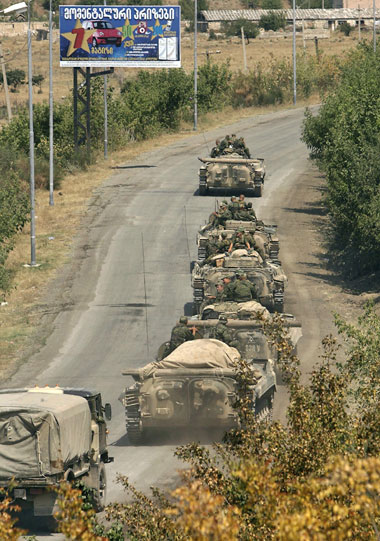 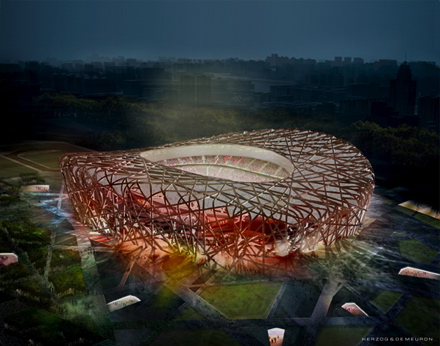 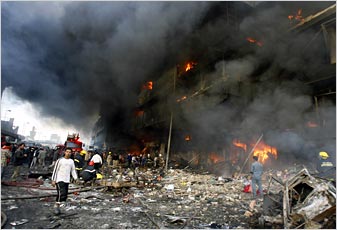 Top: End of an era / Hong Kong 1997 Two years before the hand-over. [Nicholas Dimancescu in photo with Chinese family friend looking a site of hand-over ceremony in domed building.]


Mrs. A. Dimancescu (my mother) sat next to Winston Churchill at dinner one evening during a visit he made to Marrakech, Morocco. My father recounts:

“I begged her not to incur the wrath of the host by bringing up a controversial subject. Later she would ask him about the Russians starting a new war. “If the Russians would move further into the heart of Europe,” he answered, “they would be blasted out of the continent and pushed beyond the Urals. The Americans would push the Russians back to Asia where they came from.”
“But, Mr. Churchill,” interjected my wife, “pushing the Russians out of Europe and into Asia would mean bringing together 200 hundred million Russians with over 400 hundred million Chinese. Wouldn’t this huge block of humanity be a great danger to all of us in the years to come?”
“The Chinese?” almost shouted Churchill looking at my wife quizzically. “Can the Chinese fly? Can they swim? Can they make the one thousand and one things which a nation, a great nation, needs to wage a war on a global scale?” And, hitting the table with his fist, he answered his own question with a loud “No, Madam.” Alarmed by this outburst, I turned to Mrs. Churchill’s aunt, Mrs. Henley, and asked whether my wife was upsetting Mr. Churchill. “On the contrary,” she said, “most obviously he is enjoying his conversation with Madame Dimancescu.”